Venison Stuffing Bake is a casserole of fried ground venison and onions covered with stuffing and cream of chicken soup and baked until golden brown. Did someone say comfort food?

Venison Stuffing Bake is a family favorite around here. It’s really easy to make and the whole family loves it. I usually have a couple of pieces leftover for lunch the next day too, which is always a plus.

I first started making this several years ago, but with chicken. I found the recipe in an old cookbook that was handed down from my mother-in-law. The book was so worn out that it didn’t even have a cover. It has hundreds of recipes and some directions that were very difficult to understand, but thankfully I’ve figured it out. The recipe from the book used homemade broth, stuffing (dressing), and cream of chicken, but to make things simpler I took some shortcuts and used store-bought ingredients.

I first tried it with venison a few years ago and we loved it. I have also used beef and leftover turkey from Thanksgiving in this recipe and both were great.  If you want to try it with a different type of meat, just change the meat and keep everything else the same and it will be perfect.

Venison Stuffing Bake is great served with steamed veggies or a salad, but of course, my family requests mashed potatoes and big ol’ fat cat head biscuits. It’s pretty good as leftovers too, but the stuffing will be a little softer, so keep that in mind if you eat it the next day.

The good, the bad, and the delicious… 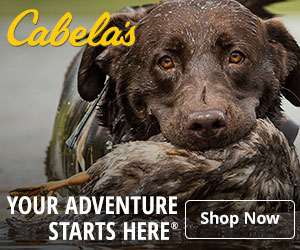 If you’re looking for comfort food I have got you covered. Venison Pepper Stuffing Casserole is the definition of comfort food. It’s hearty, filling, and…
Get Recipe

Our Venison Hamburger Hash recipe is a simple comfort food made with ground venison burger, onions, potatoes, cream of mushroom soup and cheddar cheese.
Get Recipe

Venison Cornbread Casserole is a savory casserole with ground venison, black beans, sweet corn and everything but the kitchen sink, topped with a layer of…
Get Recipe

Just in time for summer–my Spicy Venison Squash Casserole recipe. It will satisfy even the pickiest of eaters. It’s low in fat and loaded with…
Get Recipe

Spicy Doe Casserole is basically a taco casserole of sorts that is loaded with flavor. It has the taco taste, delicious ground venison with spicy…
Get Recipe

Sloppy Joe Deer Casserole is a delicious dish that you will bake time and time again. Yes, it’s that good and it’s very easy to…
Get Recipe

Our Deer Shepherd’s Pie recipe is so good it will make your tongue smack your lips. Get ready to loosen your belt buckle!
Get Recipe

Filling the house with the smell of venison, pasta sauce, and cheese is one of my favorite things in life and that’s why I love…
Get Recipe

Learn How to Field Dress, Skin, and Quarter.