Pot pie is one of the most popular comfort foods ever. It’s been around since before the 16th Century, so anything that lasts that long must be well loved.

Pot pies vary by country and time frame. In earlier years they were called meat pies. The ancient Romans had their own special meat pie. If you’re squeamish, don’t read the next sentence! They would fill the pie with live birds–yes, live birds and the birds would sometimes fly out when the pie was cut. GROSS!

A Scottish writer, Fynes Morison, wrote that the British particularly loved deer meat “which they bake in pasties, and this venison pasty is a dainty rarely found in any other kingdom.”

A pasty would look similar to a fried apple pie on the outside but would be filled with meat and possibly veggies of various sorts and/or gravy.

Anyway, now that you’ve had a short history lesson, take a gander at my Venison Pot Pie recipe–live birds not included!

This recipe is for two pies, so if you only want to make one pie, just cut all of the ingredients in half.

Let the Venison Pot Pies cool for about 5 minutes before cutting. If not, the insides will want to ooze out. It’s still going to ooze out after cooling, but it won’t be as bad. Then cut the pie into quarters, and then cut it again, which will give each pie 8 pieces.

Let’s be honest, though, you are probably going to eat more than one little ol’ piece of pie 🙂 so if you do, you need to double to nutrition facts below.

This is a meal in itself–no sides needed, but it does go great with mashed potatoes.

The nutritional information below is for Venison Pot Pies made with my homemade pie dough. If you use a store-bought pie dough you’ll need to recalculate the nutrition facts. I like to use MyFitnessPal.com. There are lots of options to choose from, but I have found it more accurate than any other option.

To make this dish more diet-friendly… 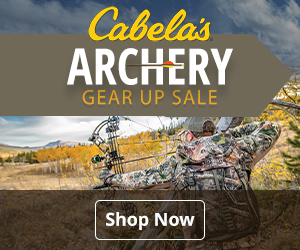