The Carolina Venison BBQ Sandwich is a North Carolina inspired BBQ sandwich with slow-cooked shredded spicy venison that is topped with slaw on a toasted bun.

Sandwiches and Summer just go together and this is one of our favorites. I make this often during the Summer but I also like to make it during deer season too. It’s so nice coming home from a hunt and dinner already ready in the pot!

I love to use my crock-pot! Everything comes out so tender and perfect but also it doesn’t heat the house up while cooking like a range oven does and clean up is so easy. Use one of those crock-pot liners and paper plates and there would be almost no clean up at all!

This sandwich is so GOOD and it’s extremely easy to make! Just throw the ingredients together and wait. You can also make this recipe using an Instant Pot or pressure cooker. Just cut the roast into four pieces, put the sauce ingredients in with it, and cook for about 45 minutes.

This is great served with buttery corn on the cob and hushpuppies or fries and it is awesome as leftovers for lunch the next day!

You can leave the slaw off of the sandwich and eat it plain or add your favorite cheese. You can even forget the bread and eat the BBQ with a side of slaw and hushpuppies–one of my favorite ways. Yum!

If you want a more mild sauce you can omit the red pepper flakes and maybe use only half of the chili powder. If you’d like a less tangy/vinegar taste then leave out the vinegar or cut it in half. However, that vinegary taste is what makes it an NC BBQ sandwich.

Also, make sure when you put the meat on your sandwich that it isn’t dripping wet because your bread will become soggy with the sauce if not.

Your adventure starts at Cabela’s…

I normally compile the nutrition facts but for this one, I am going to pass because the majority of the liquids will not be consumed and people will want more or less meat, sauce, and slaw on their sandwiches. I will, however, leave you with some tips and ideas to help you have a healthier meal.

Check out our other crock-pot sandwich recipes… 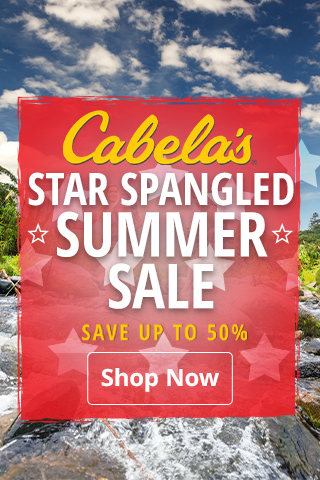