A simple venison backstrap seasoned with salt and pepper, wrapped in bacon and baked in the oven until crispy perfection. You can also throw this bad boy on the grill.

The word “backstrap” will get the attention of any hunter, but the words “backstrap” and “bacon” will have them foaming at the mouth…or at least that’s what happens to me.

There are so many things you can do with a backstrap. Most of the time I make steaks with them, but on occasion, I like to wrap it in bacon and bake or grill it. Sometimes I’ll even flatten it and stuff it with various other foods like onions, jalapenos, and cream cheese or pepper jack cheese and sometimes I’ll add a little more deer meat, such as sausage or even seafood. The possibilities are endless.

The possibilities are endless when it comes to marinades as well. I like using Stubb’s brand marinades even though they don’t have a particular marinade just for venison, but everything I’ve tried turned out fabulous.

There are a lot of great homemade marinades I use as well. You can marinade in broth or a salt water brine, a brown sugar mixture or even sweet tea. Sometimes I’ll mix up a couple of cups of Worcestershire sauce, and a couple of teaspoons each of garlic powder, onion powder, salt, black pepper, and anything else I might want to add. I let it soak at least 24 hours and then drain the marinade when ready to cook.

I wrap mine the easy way and as my friends from the Facebook group P.E.T.A. People Eating Tasty Animals tells me, many people wrap them this way. However, you get better bacon coverage if you do a bacon weave instead. If you’re interested, do a Google search and you’ll find lots of instructions on how to make a bacon weave.

For this recipe, I kept it as simple as possible. I didn’t marinade it. I simply sprinkled some seasoning on the backstrap, wrapped it in bacon, sprinkled a little more seasoning over the bacon, baked and then crisped the bacon on broil.

One little important note--make sure your backstrap has close to the same size thickness throughout. If not, it will bake unevenly. Also, if you have a small backstrap, you might want to cut the cooking time down. You don't want an overcooked backstrap.

When ready to serve, slice the backstrap on each circle of bacon–in other words, use the bacon as a guide to cut the backstrap. This way, everyone gets an equally sized piece and it’s easier to calculate the nutritional facts.

I can just look at it and drool!

Bacon Wrapped Backstrap is delicious with corn on the cob, mashed potatoes or potatoes baked with bacon and cheddar cheese, and baked beans. Try our Venison Baked Beans recipe by clicking the photo below.

See tips below for making this a more diet-friendly recipe.

*Percent Daily Values are based on a 2,000 calorie diet. Your daily value may be higher or lower depending on your calorie needs. The values here may not be 100% accurate because the recipes have not been professionally evaluated nor have they been evaluated by the U.S. FDA, but were calculated by MyFitnessPal, Inc. by Under Armour, Inc. 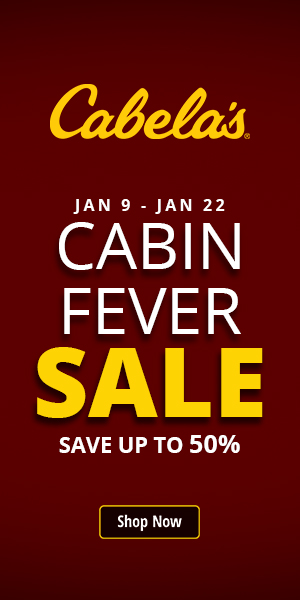